Chat with our students

What our students say

The Hellenic Institute at Royal Holloway, University of London (RHUL), is a research centre for the interdisciplinary and diachronic study of Hellenism. Based in the School of Humanities, Department of History, it maintains close links with the Department of Classics and cooperates with other RHUL Departments and Centres. The Institute has a long history of working with other institutions in the University of London and with The Hellenic Centre, the main cultural hub of the Greek and Cypriot communities in London.

It promotes the study of Greek language, literature, history and thought from the archaic and classical age, through the Hellenistic and Roman times, Byzantium and the Post-Byzantine period, to the establishment of the Modern Greek State and the modern world. The Hellenic Institute hosts a number of research projects and organises seminars, lectures and conferences addressed to students, scholars and to a wider public.

Donations to the Hellenic Institute can be made online at: https://royalholloway.ac.uk/about-us/our-alumni/for-alumni/support-us/ways-to-make-a-donation/donate-to-the-hellenic-institute/  and by cheque payable to "RHBNC Hellenic Institute" and posted to The Hellenic Institute, School of Humanities, History Department, Royal Holloway, University of London, Egham, Surrey TW20 0EX, United Kingdom.

Director of the Hellenic Institute

This academic year we celebrate the 30th Anniversary of The Hellenic Institute, which was founded in 1993. As part of our celebrations we are pleased to invite you to our forthcoming events we organize also in collaboration with other institutions, addressed to students, scholars and the wider public. We look forward to seeing you, your family and friends in these events.  For a guide to travel to the College, please click here.

Premiere by the National Symphonic Orchestra of the Greek Radio and Television Service (ΕΡΤ) of the Symphony “Arcadia”, No. 6, Opus 102, composed and directed by Philippos Tsalahouris in memory of Angelos Dendrinos (1959-2021), Friend of the Hellenic Institute, commissioned by The Hellenic Institute and the International Society for Arcadia with the support of the Ministry of Education, Culture, Sports and Youth of the Republic of Cyprus and anonymous donors. This concert honours Angelos Dendrinos through his passionate love and inspiring work for Arcadia, real and ideal. The first part of the event is dedicated to the memory of Angelos Delivorias, former member of the Academy of Athens and director of the Benaki Museum, with the performance of works by the Greek composers Carrer, Skalkottas, Sicilianos and Tsalahouris.

All  welcome, free tickets but booking is essential at the webpage of the Benaki Museum

A piano recital to commemorate the centenary of the Asia Minor Catastrophe (1922)
and to open the celebrations of the 30th Anniversary of The Hellenic Institute.

The piano recital of pieces by Schubert, Bach and Beethoven expresses through the power of music of these great composers the dynamics of Mneme and Lethe (Memory and Oblivion). It opens with Schubert’s shorter A major, sonata D. 664, with a lyrical, buoyant, and poignant character, infused with seemingly happy memories of a summer in the Austrian country-side, which he described as “unimaginably lovely”. This is followed by Bach's chaconne, originally the final movement of the violin partita in the “anguished” key of D minor, a harrowing evocation of grief. In the late nineteenth century the virtuoso pianist and composer Ferruccio Busoni brought the chaconne to renewed life as a piano transcription. The concert closes with Beethoven's famous “Moonlight sonata”, which predates by a year the composer's Heiligenstadt testament confessing his growing deafness. The sonata possesses an unusual structure for the time, with an end-weighted trajectory. The last movement, marked presto agitato, can be heard as a frenetic race to outrun the galloping horsemen of death, extinction, and oblivion, or a heroic facing of them. It is almost shocking in its ferocity, arguably unlike anything in western music before it.

All welcome, free tickets but booking is essential by contacting: Ch.Dendrinos@rhul.ac.uk

Donations towards The Hellenic Institute in support of students pursuing Hellenic and Byzantine Studies at RHUL can be made online.

28-29 October 2022: Refugees and the City: Displacement and urbanisation in post-imperial Eastern Mediterranean and South Asia

The workshop marks the centenary of the Asia Minor Catastrophe and the 75 years since the Partition of India with a series of panels and a concluding roundtable all open to the public, bringing together junior and senior scholars in the humanities, architecture and social sciences working on interwar Greece and Turkey and post-1947 India and Pakistan to examine patterns of uprooting and resettlement from a comparative and cross-regional perspective. The event is organised by the Hellenic Institute in collaboration with Royal Holloway’s Centre of Global South Asia and the Hellenic Foundation for European and Foreign Policy/ERC HomeAcross Project, Athens. 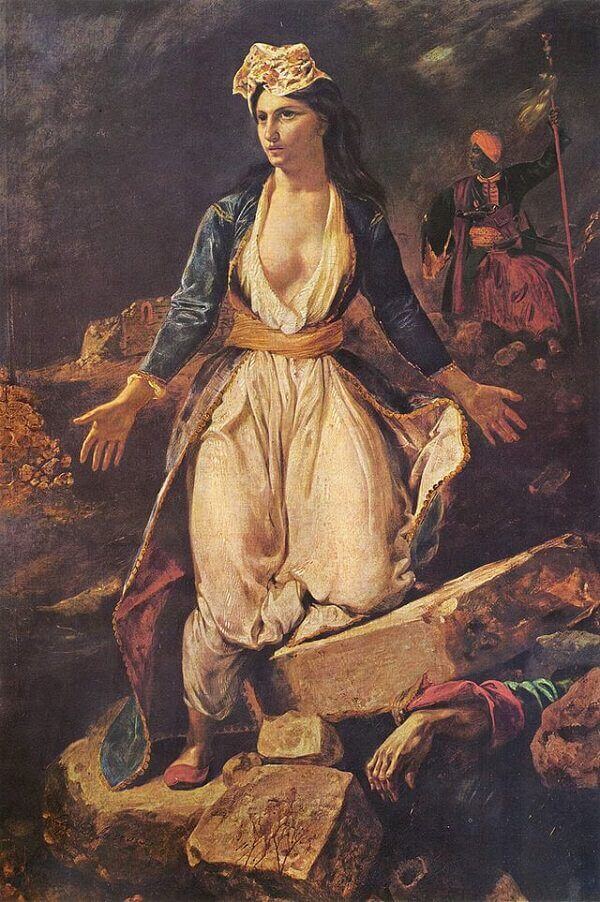 Last year we celebrated the 200th Anniversary of the Greek War of Independence as part of the 21 in 21: Celebrating 1821 in 21 Encounters, supported by the A. G. Leventis Foundation with the collaboration of the National Bank of Greece and Initiative 1821-2021. Below are some of these events and other activities.

The Seminar is preparing a new annotated edition and translation of the Letters of George of Cyprus (later Ecumenical Patriarch Gregory II, 1283-1289). Scholars and graduate students from University of London Colleges, other Colleges and Universities, and visiting students and academics, are most welcome to attend.

To join our meetings please use the link Zoom.

The Centre for Greek Diaspora Studies and the Centre for the GeoHumanities at Royal Holloway, University of London in collaboration with the Cyprus High Commission in London and the Fitzwilliam Museum – University of Cambridge, are pleased to announce the funding of up to three (3) Creative Commissions on the theme of ‘Creating Diasporic Worlds’.

The Greek word diaspora indicates the dispersal of a group of people from one original country to other countries, or the act of spreading in this way. Embedded in its etymology (dia ‘across’ + speirein ‘sow seed’, ‘scatter like seed’) is a centrifugal movement away from a shared place of origin. This physical movement is usually balanced by a centripetal imaginary movement towards a longed-for homeland, which often translates into nostalgia (nostos ‘return home’ + algos ‘pain’) – the yearning for return home, or to an irrecoverable past condition. Lingering between past and present, and crossing geographical and political boundaries, diasporas are nonetheless deeply rooted in territorial imaginations and in a sense of place. They at once transcend and rest on the map. Diasporas are thus commonly defined by their geographical, social, political and spiritual liminality. Yet diasporas are also culturally expressed, creatively practiced and continually performed. In scattering seeds across the world, they create their own worlds and fertilize others.

This joint edition of the Creative Commissions calls for creative collaborations that explore diasporic identities, cultures, politics and ways of being. In particular, applicants are invited to consider the arts and humanities as a set of mutually attracted approaches through which to explore the historical and contemporary implications of displacement, dispossession and migration; intergenerational memories, emotions and traumas; nostalgia, belonging, estrangement, alienation and reconciliation; as well as the constitution of new relationships to space, place and landscape in the midst of a climate emergency.

Each of the three Commissions is funded with up to £3,000. The Creative Commissions run from 14/3/2022 to 31/5/2022. The programme is open to any collaboration between creative practitioner(s) and early career researcher(s).  An exhibition at the Cyprus High Commission, 13 St. James's Square, London SW1Y 4LB in June/July 2022 (or an alternative venue in London) will provide a platform for the presentation of commissioned works.

These Creative Commissions emerge from a collaboration between the Cyprus High Commission - Cultural Section, the Fitzwilliam Museum – University of Cambridge (under the project “Being an Islander: Art and Identity of the Large Mediterranean Islands”), the Hellenic Institute, the Centre for Greek Diaspora Studies (http://hellenic-institute.uk/) and the Centre for the GeoHumanities at Royal Holloway, University of London.